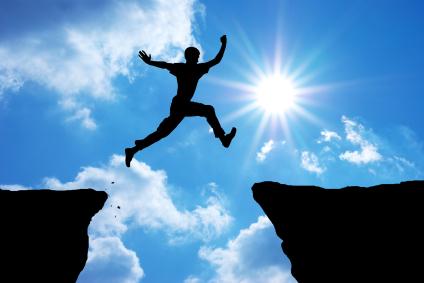 Faith is an important value to cultivate. It is the emotion and habit that allows us to maintain persistence in action and thought. Could you imagine people that have accomplished great feats, rising up without faith? Could have the Sons and Daughters of the American revolution rise up to face the more powerful British without faith in their ideals? Could Henry Ford have created the first single casted V8 motor without faith that it was possible? Could the 1980 US Olympic Hockey team create the miracle on ice without faith in their selves and the training they’ve received? However, faith is a loaded term.

To me, Faith uses to be a loaded term. It is ubiquitous with religion. ‘Faith in God’, ‘keep the faith’, ‘… the faithful’. It is so ingrained with modern religion that it was hard to unwrap that power from it. Matter of fact Merriam-Webster has a definition of faith as

… belief and trust in and loyalty to God (2) :  belief in the traditional doctrines of a religion

When I left the church I immediately closed off when someone mentioned having faith until I was able to disempower it. I did this by finding literature and people that use faith in a non-religious sense. Such as Napoleon Hill’s Think and Grow Rich. I also disempowered the term by surrendering to the feeling the term brought up and realizing what faith actually is

Complete trust in someone or something

I started playing with this idea about two years ago. I was struggling with social and physical issues. I did some research and ran across two programs. The programs seemed a little spotty and cost a significant amount of time and effort. I decided to throw myself into these program 100% and evaluate their effectiveness after a month. I went in with complete faith that if I worked at it I would get results. The faith coupled with my desire, mixed with continuous feedback allowed me to reinforce my faith and obtain the result I was seeking.

Later I read Napoleon Hill’s Think and Grow Rich where he continuously talks about Faith. Chapter 3 is completely devoted to Faith. One excerpt is

The emotion of Faith, Love, and Sex are the most powerful of all the major positive emotions. When the three are blended, they have the affect of “coloring” the vibration of thought in such a way that it instantly reaches the subconscious mind, where it is changed into its spiritual equivalent, the only form that induces a response from Infinite Intelligence.

In New Age terms we would say continuous faith in a desire changes your vibration to vibrate at a frequency to attract like vibrations and ultimately allowing the universe to send us our desire.

SO HOW DO WE DEVELOP FAITH? 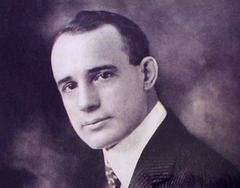 According to Napoleon Hill, we develop faith by…

The method by which one develops FAITH, where it does not already exist, is extremely difficult to describe, almost as difficult, in fact, as it would be to describe the color of red to a blind man who has never seen color, and has nothing with which to compare what you describe to him. Faith is a state of mind which develops voluntarily, through application and use of these principles.

Repetition of affirmation of orders to your subconscious mind is the only known method of voluntary development of the emotion of faith.

In connection with this, consider again the statement, ALL THOUGHTS WHICH HAVE BEEN EMOTIONALIZED, (given feeling) AND MIXED WITH FAITH, begin immediately to translate themselves into their physical equivalent or counterpart.

I love that. It essentially tells us to practice. The catch 22 is we must have faith in the practice that it will develop faith.

SO WHAT STEPS CAN WE TAKE TO DEVELOP FAITH?

Practicing is the best way to develop any muscle so why wouldn’t it work with the emotion of faith. Find small things that you can faith on, such as

Having faith that the sun will rise in the morning seems silly, but if you release your ego on the idea and consciously proclaim this as faith you will see that it will start a trickle in your practice. As your practice develops you begin to see opportunities to practice faith in bigger and bigger areas. Who knows it could the catalyst to have the courage to make that big change. You’ll have faith in the universe that it will provide. You’ll have faith in yourself to overcome any obstacle.

Repetition of affirmation of orders to your subconscious mind is the only known method of voluntarily development of the emotion of faith.

Many self-help gurus and high-performance coaches talk about affirmations or declarations. These are positive “I am” statements such as

A great affirmation to build faith

The universe naturally and freely provides for all my needs and I let go of my expectations and trust that my desires will be fulfilled.

Affirmations are empowering and the repetition of them allows us to wire the thoughts in the brain. The more we repeat these affirmations the stronger the wiring. Eventually, it leaking into the subconscious, which allows us to recognize and manifest great things.

The keys to affirmations

All thoughts which have been emotionalized (given feeling) and mixed with faith, begin immediately to translate themselves into their physical equivalent or counterpart.

Having Faith is a wonderful thing. Understanding that it’s bigger than just religion and that it can be applied in our daily lives. We can grow our faith in ourselves by developing practices that force us to use faith-affirming in our greatness.

How have you shown faith and how did it work out? Leave a comment or reach out to me directly.

This site uses Akismet to reduce spam. Learn how your comment data is processed.